The Community’s Choice:
Roberto Quintana wins again, lets get him to the Assembly on Tuesday, June 23rd: 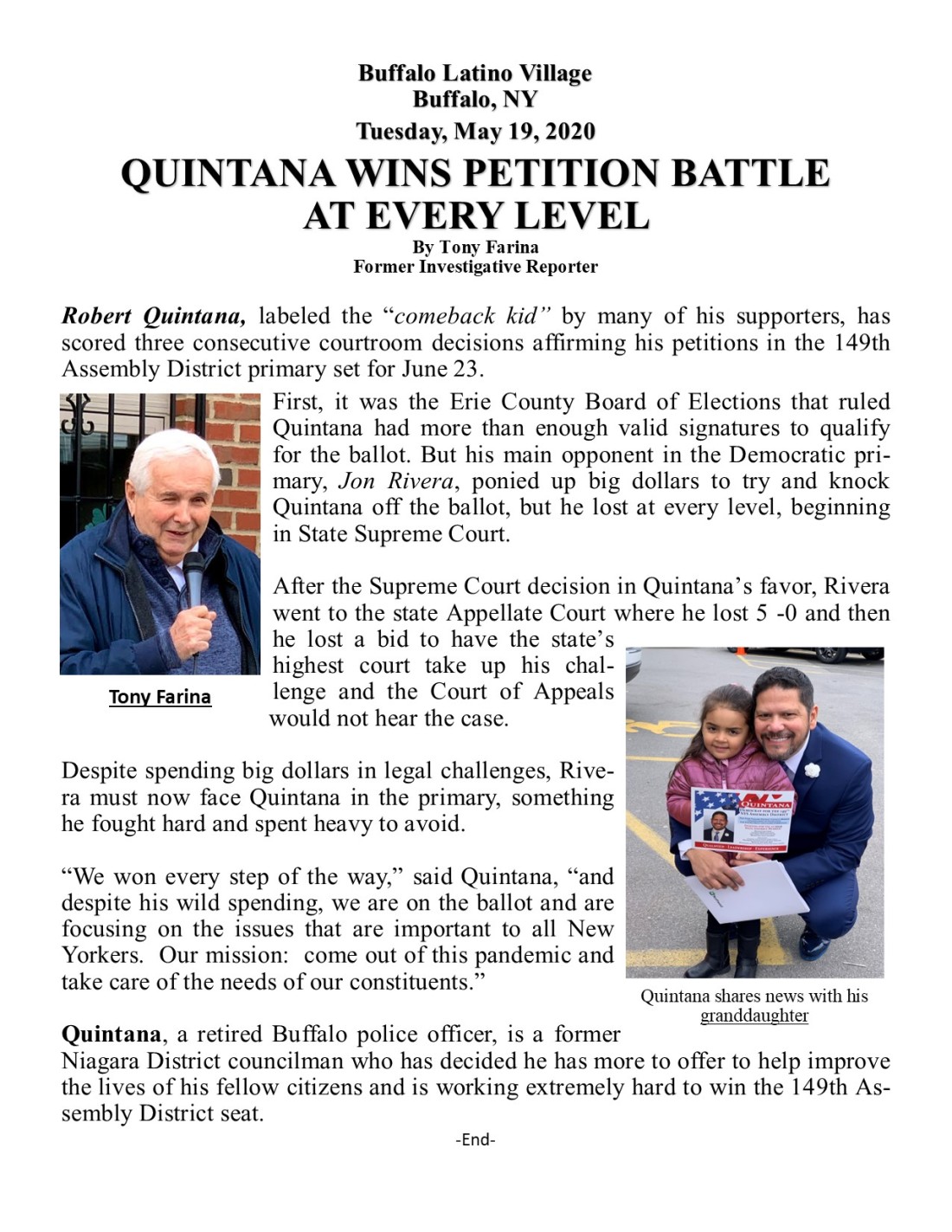 HEROES ON THE LOWER WEST SIDE:

Than you Roberto Quintana!

This is one of the few individuals that heard the call and did not hesitate to come to the aid of our community. Thanks to Roberto Quintana, we were able to bring protective masks plus able to print Coronavirus informational posters to help educate our people about this deadly virus. GRACIAS ROBERTO QUINTANA!

We are preparing acknowledgement and recognition for the others who displayed interest in helping our community – and they DID!

Our Puerto Rican/Latino community has a few “real” friends. We will introduce them to you as we continue our fight to protect our community from the Coronavirus. 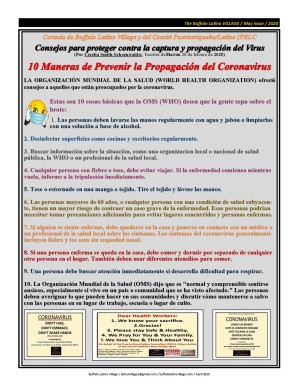 A COMMUNITY MESSAGE FROM ROBERTO QUINTANA

We have been working hard behind the scenes with Hispanic Churches and Hispanic Pastors.

We have hired church members and are training them for Tracing after Testing. Using Church facilities to do extensive tracing for those who test positive. In collaboration with Gbauco, Dr Raul Vasquez and a Community Based initiative with Rev Pointer.

30 people have been hired from our own communities. And we expect to hire more!

Our Churches will also be assisting in a massive food distribution effort – with direct home delivery to our needy families by drivers from Dr Vazquez’s facilities.

The program soon to start has 10 churches. 5 Hispanic Churches and 5 African American Churches.

We have been putting together this critical program for over a month. All employees were hired from within the churches. They are currently being trained while their Churches are being professionally cleaned and disinfected for possible Covid 19.

Only the church workers will be allowed into the churches and they will have State of the Art technology to place calls to hundreds in our own zip code areas.

A special Thank you to Rev. Pointer, Dr. Vazquez, our churches who said “YES” and all our collaborators. We are making a difference.

We are all in this together!

Endorsed by the Buffalo Latino Village: 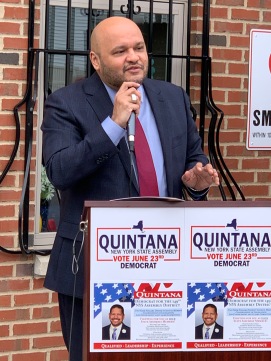 “WE HAVE OFFICIALLY MADE THE BALLOT”

We won not only once, but twice, and are in route to win three times!

By Roberto Quintana, Candidate for the NYS 149th Assembly District

Many of you may not know, but when we filed our petitions to qualify for ballot access, we submitted almost 1,000 signatures from our community members who want to see real change.

Not to our surprise, the local Democratic Party, in coordination with the Rivera campaign people, proposed “objections” to remove us from the ballot. After many baseless and unnecessary attempts  to remove my signatures, the Board of Elections ruled in our favor to qualify  for the ballot.

However, if challenging our signatures with the Board of Elections was not enough, they (David Rivera’s campaign), decided to carry on with their desperate actions to remove us from the ballot by filing a lawsuit against Roberto Quintana with the New York State Supreme Court. They filed a case with baseless and bogus claims that were aimed at removing the only other Latino candidate in the race.

After the Board of Elections hearing, the Rivera campaign decided to drop their lawsuit against the third candidate in this race (Adam Bojak), allowing him to appear on the ballot, while choosing to continue the fight against our campaign.

This past week, the Supreme Court Justice, in a 16-page ruling, declared QUINTANA victorious; giving us our SECOND victory against the Rivera Campaign.

We find these actions disgraceful. For the Co-Chair of the Erie County Democratic Committee, sitting Council member, Pastor, and father of the candidate (Jon Rivera), to participate and coach such action is disheartening from a community leader, and he should be ashamed.

While these actions are appalling from any candidate, it is even more disheartening that a Pastor, and his son proposed such action when they know that GOD calls us to stand on TRUTH and INTEGRITY.

In politics, there is a standard line you do not cross, you do not invoke or attack the children of a candidate. Well, they did!

They personally attacked my child. Nothing could be dirtier or out of bounds! Imagine if that was your child? As if these many baseless allegations were not enough, the Rivera campaign decided to raise baseless and bogus lies surrounding my daughter on allegations of fraud, knowing full well they were false — later confirmed by the judge.

The Rivera campaign and the party, have displayed how low they are willing and prepared to go to ensure their victory in the June primary elections. They have failed twice, and I hope they are ready for a vigorous campaign, prepared to lose for a third time on Tuesday, June 23rd.

We are prepared to see negative campaigning, and negative mailers. It is imperative that we be aware of those who come in sheep’s clothing. The people of our community asked me to run, and I will continue to do just that.

In the beginning of this campaign, we proposed a clean, and respectful race based on the issues that directly affect our community, and all candidates had seemed to agree. That was until Jon Rivera’s campaign went behind the backs of both of his primary challengers, and decided to play the “political tricks” as usual.

While Rivera has decided to break our pledge, I will continue to uphold it and earn the votes of the residents of the 149th Assembly District through honesty, transparency, and especially my plans for a better future for the NYS 149th Assembly district.

We are running to bring about a better future for our district, our kids, and our community, not just to move up the ladder and collect a paycheck. In the words of the great Michelle Obama:

We, the people, are in this fight together.

Even in the midst of these ugly political actions, our team has continued to keep our heads held high, continuing to feed people in need, and providing thousands of safety masks to residents from across our community. We continue to be the people’s oriented campaign and remain committed to helping those in need.

Lastly, we wish to send a heartfelt thank you to everyone who has helped us to date, everyone from our amazing team, our volunteers, our legal team, friends and family. Thank you sincerely for your help and support.

Together we will deliver positive change!